Many hotels are not aware that the ADA imposes several requirements during the reservations process, including posting descriptions of the hotel’s physical accessibility features on its online reservations system.  Starting around early 2018, serial ADA plaintiffs have filed significantly more lawsuits against hotels regarding this issue.

END_OF_DOCUMENT_TOKEN_TO_BE_REPLACED

ADA plaintiffs law firms are quite familiar with the details of this section of Title III, and ADA website lawsuits filed against hotels often include allegations that hotels do not accurately identify the hotel’s accessible features. Our clients are experiencing an explosion of such litigation by increasing numbers of law firms.

An interesting “phenomenon” or pattern is taking place in the realm of ADA cyberaccessibility litigation: copycat website litigation filed against the same hotel by different law firms around the country, alleging the same website ADA violations as the original lawsuit.  Curiously, this tactic is becoming more common in California, New York, Florida, Arizona and elsewhere. Are these copycat lawsuits coincidental? Are they the result of independent investigation? Or are the plaintiffs or their counsel sharing defendant lists? Although it is currently unclear how or why hotel defendants are confronted with multiple lawsuits by different plaintiffs over the same websites, it appears to be a growing trend. END_OF_DOCUMENT_TOKEN_TO_BE_REPLACED 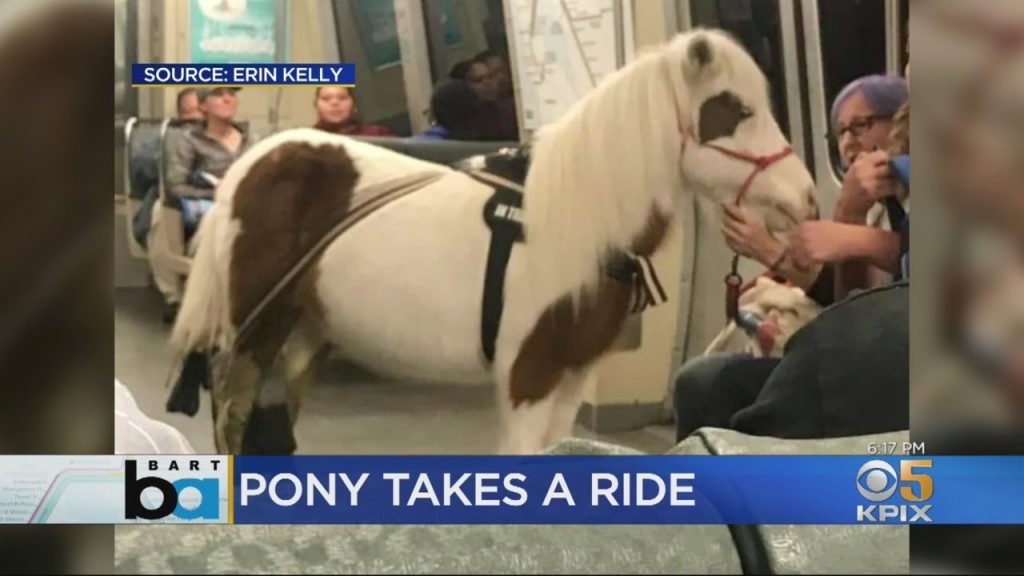 Just when you think you’ve seen it all, imagine your astonishment when boarding the train for your morning commute to find you’re sharing the ride with a miniature horse. That’s exactly what happened to some passengers taking BART (Bay Area Rapid Transit) in the San Francisco Bay Area on a November morning in 2019.

Yes, the miniature horse is a service animal, as so defined under the Americans with Disabilities Act (ADA), and is allowed in “public accommodations” including banks, restaurants, hotels, shopping centers, and on public transportation (and see our blog on ride-sharing and service animals).

END_OF_DOCUMENT_TOKEN_TO_BE_REPLACED

The Supreme Court and the Ninth Circuit: Rights to due process

On October 7, 2019, the U.S. Supreme Court declined to hear an appeal by Domino’s Pizza LLC, sending Domino’s back to the trial court to determine if it can be held liable under the ADA for website accessibility. The high Court’s refusal to accept certiorari in this case was a disappointment to the hospitality industry and others. What happened?

In 2017, a federal district judge dismissed the website accessibility suit filed against Domino’s by a prolific ADA plaintiff (Robles v Domino’s Pizza LLC) on grounds that the failure of the DOJ to issue clear guidelines for website accessibility standards violated Domino’s constitutional right to due process. It appears that the DOJ was unaware of the lawsuit or that Domino’s filed a dispositive motion in the case, otherwise it likely would have intervened or filed an amicus (friend of the court) brief in opposition to the motion. Domino’s convinced the court that the DOJ had inconsistently applied the WCAG criteria in settlements, Consent Decrees and litigation. Domino’s convinced the court that such inconsistent application left businesses guessing which criteria to follow when developing their websites – the due process violation.

However, the Ninth Circuit Court of Appeals reversed the lower court’s decision and on January 15, 2019, determined that the ADA applies to Domino’s website, writing in its Opinion that: “Finally, the lack of specific regulations, not yet promulgated by the Department of Justice, did not eliminate Domino’s statutory duty.”

Now that the Supreme Court has declined to review the Ninth Circuit’s decision, the case returns to the District Court to be tried on its merits. Whether that will happen is yet to be seen – it’s possible the case will be settled soon after remand. END_OF_DOCUMENT_TOKEN_TO_BE_REPLACED

This article was first published by Law360® Expert Analysis, © 2019 Portfolio Media Group Inc., and is reprinted with permission.

When the Americans with Disabilities Act (ADA) was enacted by Congress in July 1990, the Internet was in its infancy and few, if any, considered its applicability to cyberspace. But in 2006, a California federal judge ruled that the ADA applied not just to brick and mortar establishments, but to websites: National Federation of the Blind v. Target Corp brought the ADA into the digital age. Application of the ADA to mobile apps would follow nearly a decade later.

In October of this year, thirteen years after Target, the U.S. Supreme Court’s declination to hear an appeal by Domino’s Pizza LLC to determine if it can be liable under the ADA for website accessibility, was a blow felt throughout the hospitality industry and others, which hoped to gain clarity on accessible website standards under the ADA. (See Robles v. Domino’s Pizza LLC.)

Following Ninth Circuit rulings, the decision reaffirms the principle that companies whose Internet activities are related to their brick and mortar stores may be held liable for violating the ADA even though the Department of Justice (DOJ) has yet to issue express website guidelines.

Since Target, thousands of businesses – including hotels and restaurants – have been the subject of lawsuits claiming violations of Title III under the ADA because their websites and mobile applications are inaccessible to individuals who are blind and sight impaired and use screen reading software. END_OF_DOCUMENT_TOKEN_TO_BE_REPLACED

When will businesses get clear direction on ADA website compliance?

On October 7, 2019, the U.S. Supreme Court declined to hear an appeal by Domino’s Pizza LLC, sending Domino’s back to the trial court to determine if it can be sued under the Americans with Disabilities Act (ADA) by a blind customer who alleged Domino’s website and mobile application were not accessible to people who are blind or sight impaired and use the website and mobile app with standard screen reading capabilities.

The high court’s refusal to accept certiorari in this case was a blow felt not only by Domino’s – but throughout the business community, which hoped to gain clarity on accessible website standards under the ADA.

END_OF_DOCUMENT_TOKEN_TO_BE_REPLACED

A growing number of U.S. District Court judges in the Central District of California have taken steps to manage the growing number of Americans With Disabilities Act (ADA) lawsuits, particularly against hotels and retailers, and to curb ADA abuse.  Since June 2019, five Central District judges have issued over 80 Orders to Show Cause (OSC) why the Court should exercise supplemental jurisdiction over their state law claims – the claims that can make ADA litigation a lucrative endeavor for serial plaintiffs and their counsel.

How did we get here?

Federal Courts have original jurisdiction over federal ADA cases.  Under the ADA, a private litigant can only obtain injunctive relief, attorneys’ fees and litigation costs.  Damages are not recoverable under federal law.

END_OF_DOCUMENT_TOKEN_TO_BE_REPLACED

In an ironic twist of fate, Scott N. Johnson, Esq., a disabled Sacramento attorney, who has filed nearly 3,000 ADA lawsuits as plaintiff, starting in the United States District Court for the Eastern District of California, now faces possible jail time for felony income tax fraud according to a Federal Grand Jury Indictment.

According to the Indictment, from no later than “on or about January 28, 2008, SCOTT NORRIS JOHNSON owned and operated Disabled Access Prevents Injury, Inc. (“DAPI”), a corporation registered in the State of California. DAPI was treated as a C corporation for tax purposes.” The Indictment alleges that Johnson was DAPI’s sole shareholder and that DAPI “provided legal services associated with lawsuits that it filed on behalf of SCOTT NORRIS JOHNSON as the plaintiff.” END_OF_DOCUMENT_TOKEN_TO_BE_REPLACED

In an extraordinary case charging ADA litigation abuse, the Riverside County District Attorney’s Office filed an action on behalf of the People of California seeking to permanently prevent serial ADA plaintiff James Rutherford and two law firms that regularly represent him (Manning Law and the Law Offices of Babak Hashemi, and individual members of the firms) from filing abusive lawsuits. The Complaint alleges that the defendants violated various Business & Professions Code sections designed to protect the public against “unlawful, unfair or fraudulent acts or practices” and seeks civil penalties not to exceed $2,500 for each violation and other equitable relief. Civil penalties in this case could exceed $800,000 if the allegations prove true.

The Complaint alleges that “Defendants filed 323 lawsuits based on alleged violations of the Americans with Disabilities Act” in federal and state courts. Many of these lawsuits were filed against hotels and retailers. According to court papers, the pleadings filed by the defendants follow a pattern of near-identical “allegations, except for the identity of the named defendants and the date of the alleged harm.”

This lawsuit is eerily similar to a lawsuit filed by the Arizona Attorney General against Peter Strojnik, Sr., who filed nearly 2,000 identical ADA lawsuits against Phoenix/Scottsdale businesses. Suspended from practicing law, Mr. Strojnik surrendered his license to avoid disbarment. Another lawyer in New Mexico also surrendered her license in lieu of disbarment over ADA litigation abuse.

END_OF_DOCUMENT_TOKEN_TO_BE_REPLACED

With the surge in popularity of electric and hybrid vehicles, the need to provide Electric Vehicle Charging Stations (EVCS) is on the rise at hotels, theaters, stadiums, and hotel mixed-use properties. If your EVCS are not accessible to your disabled guests, here is what you need to know.

In California, if your commercial facility provides EVCS for your customers and guests, you must also provide a certain number of EVCS that are accessible.

California’s accessibility regulations for EVCS are in the 2016 California Building Code (CBC), and went into effect on January 1, 2017. The regulations supersede and expand upon California’s little-known “Interim Disabled Access Guidelines for Electric Vehicle Charging Stations” created in 1997.

The CBC accessibility regulations include both scoping requirements (what type of EVCS and how many) and technical requirements (where to locate EVCS, and how to make them accessible).

The table below in the California Building Code (11B-228.3)  sets forth these scoping requirements. END_OF_DOCUMENT_TOKEN_TO_BE_REPLACED